Today the Profession of Private Enforcement Officers Is Overregulated

International Expert of the EU Project “PRAVO-Justice” Katilin Popov talked to “Yurydychna Gazeta” about the enforcement reform, professional self-governance, and legislative drawbacks of the new profession of private enforcement officers. 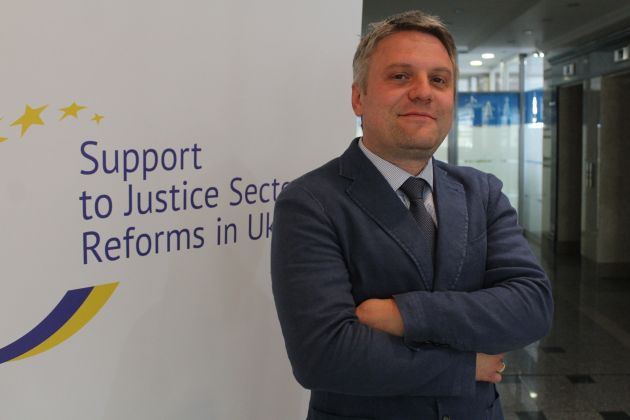 – Mr. Popov, how do you feel about the enforcement reform?

– Speaking generally, me personally and the Project are quite positive about the reform. Of course, there is still much to be done. Our Project will resume partnership with the Ministry of Justice and the Association of Private Enforcement Officers. The Ministry of Justice has recently reported the first successful stories: the success rate of private enforcement officers (PEOs) achieved some 83%. In the meantime, the similar indicator in the State Enforcement Service also improved and stands at 30%. Thus, there are some key indicators stating that the reform is on the right track.

– How does one assess the reform? What are other indicators, alongside those already mentioned, you use to decide on what is good and what is bad?

– The key indicator is the amount of funds collected and the number of cases settled. There are, of course, some other indicators that we take into consideration. An example of such indicator is the enforcement officers’ (EOs’) compliance with the law. At the moment, we can state that EOs, including PEOs (since we focus mostly on private the latter), comply with the law when exercising their activities. This is evidenced by the fact that, as of today, only four disciplinary cases have been initiated. This means that most private executors work within the law.

Another indicator that is on our radar is the number of candidates. It illustrates how the legal community looks at the profession and perceives it. This indicator is currently not that positive, meaning that the legal professionals have doubts as to whether to join the new profession. The Ministry of Justice as the main driving force of reform is aware of this situation and is ready to step in and improve. Our Project is ready to cooperate with the Ministry in order to set up more attractive conditions.

– Meanwhile, both – PEOs and candidates underlined repeatedly that the Ministry of Justice created barriers to access to the profession by moving the goalposts...

– Indeed, it may be a problem. However, it is not the main problem. What is more important is to ensure favorable work environment, including through better regulations so that PEOs could exercise their duties. Since today the profession is overregulated, too many regulations being in place, PEOs are deprived of the possibility to operate in a due way. Such overregulation combined with inconsistent case law turns the candidates away of the profession. 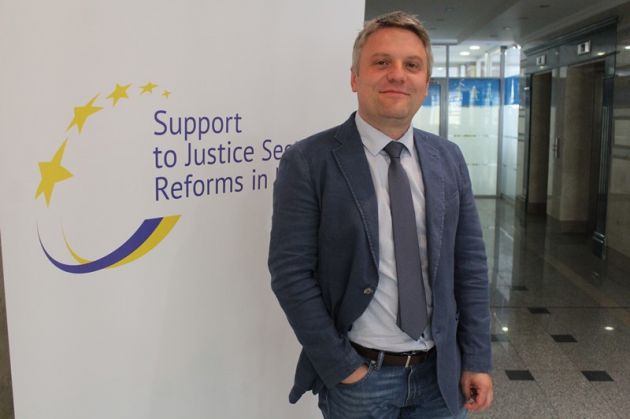 – Have you or other Project Team members had an opportunity to communicate with PEOs? Have they displayed any lack of satisfaction with the reform?

– We are always in touch with PEOs. The main concern they articulated is related to the shortcomings of the case law, in particular, the lack of consistent judicial practice regarding the adjudication in cases connected to the rules of procedure that PEOs should comply with. PEOs also communicate the lack of fair competition with their peers from the SES. They mention inter alia that the SES resists and sets artificial obstacles to prevent the transfer of some pending proceedings from the SES to a PEO.

– How should be regulated the relations between PEOs and SES. They mention inter alia that SES resists and sets artificial obstacles to prevent the transfer of some pending proceedings from the SES to a PEO?

– I believe that the regulatory framework should be changed. In my opinion, the regulations applied to PEOs should be more neutral. MoJ is using the resources that are in place. The regulations are tuned to SEOs that is why their needs are mostly taken into account. This is what requires amendments, since it is the main shortcoming of the reform; and this affects inevitably the private sector. This is the reason why Ukraine can neither benefit fully from the enforcement reform nor correct the institutional mistakes existing at the national level.

– Have I understood it right that the relevant recommendations were already passed to MoJ? Have they agreed to introduce amendments?

– We have talked recently to Svitlana Hlushchenko, Deputy Minister who covers this area. We communicated our observations during that meeting. Mrs. Hlushchenko displayed her deep interest in cooperation and commitment to eliminate drawbacks we have mentioned. That is why I do believe that in the future, the Ministry of Justice will view itself not only as an authority that bears responsibility for the reform, but also as the one making sure that the reform is on the right track.

– The Disciplinary Commission terminated the PEO licence of Andrii Avtorgov. Does the Project follow such situations? Can we expect any reaction if the court sides Mr. Avtorgov?

– We cannot comment on the case until there is any judicial decision. In general, I can see some interesting points in this case. As I said, the Ministry of Justice has informed us about two meetings of the Disciplinary Commission. The second one was dedicated to Andrii’s case. Speaking frankly, I was a bit surprised, as an outside observer, by the fact that having considered such a small number of cases, the Disciplinary Commission applied immediately the most severe sanction. It seems to me that in any country, members of a disciplinary body need to be properly educated and trained, even guided, on how to deal with disciplinary cases.

In addition, it would be helpful to have some best practices ready to hand that could be applied. If you look at the composition of the Disciplinary Commission, it is composed of representatives of the Ministry, PEOs, and one judge. Therefore, one may assume that such a meeting is a completely new experience for them. So, I think that this is one of the areas where assistance is needed, where it is necessary to work and teach the members of the disciplinary commission the ways that cases should be handled.

– Should the Association of Private Enforcement Officers, as self-governance body, react to such situations?

– Yes, we agree that the Association of Private Enforcement Officers as self-governance body, should somehow monitor and take measures to ensure compliance with the statutory provisions by the professionals. Of course, within the framework of the Project, we will also work with the Association in order to develop its capacity. However, it is a time-consuming exercise, because even the Association's management does not have proper experience in running such organizations.