Peter Solomon Professor of Political Sciences, Law, and Criminology of the University of Toronto (Canada)

How do representatives of court systems and mass media communicate in various countries? What useful can Ukraine learn from their experience? We decided to ask Peter Solomon, Professor of Political Sciences, Law, and Criminology of the University of Toronto (Canada) to share his vision of this matter. Prof. Solomon is one of the participants at the First National Forum "Independent Courts and Free Media: Synergy for the Future" 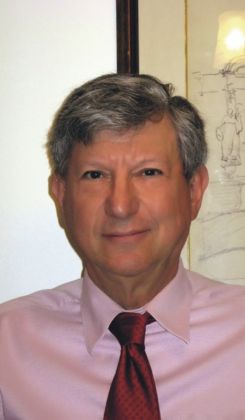 - Professor Solomon, at the First National Forum "Independent Courts and Free Media: Synergy for the Future" you will speak on the foreign experience of communication between the courts and the media. Could you, please, provide more details on the topic? The experiences of which countries will you share with the Forum’s participants?

I will start by distinguishing two traditions in court media relations, the North American and the European. In the US (and Canada too), members of the court staff (often known as public information officers) handle all aspects of relations with the media and the public; whereas in Europe a judge (originally the chairman of the court, and then a designated speaker judge), was the main actor. Then, I will discuss in particular two countries that use both press judges and communications advisors to produce unique and exemplary outcomes. These countries are the Netherlands and Spain.

In the Netherlands, for example, every court has its own press judges and communications advisors, who assume different tasks but also collaborate. The communications advisors do a lot of the work (interacting regularly with journalists, preparing summaries of decisions, and helping organize high profile cases, and preparing press judges for interviews). In Spain press judges at courts are trained and assisted by communications officers at the regional level (all of whom are former journalists). In both countries the players take a proactive approach to court media relations, developing guidelines for journalists working in courts, and mounting public educational programs as well.

- Could you please tell on what principles the relations between the media and the judiciary are based in Canada? Are there any regulations provided by law?

Especially in recent decades courts in Canada have attempted to maximize transparency and openness to the public, including journalists, but this does not mean access to judges. As in the USA, relations between courts and journalists are handled by court staff, and most judges stay out of the limelight. On the whole, journalists work well with the courts, and are served by comprehensive, clear and transparent guidelines on access to trials, decisions and other court documents. Each province and the federal government in turn have their own guidelines (issued by the separate court agencies, not promulgated as laws), and these are posted on the relevant websites. Note that some provinces do more than others to help journalists. Leaders in this area include the province of Nova Scotia, whose head communications advisor for the courts  has visited Ukraine.

- Please describe your view of the image of a modern judge, who is open to the media and the public. How do judges in Canada interact with the media?

As I have already implied, the “modern judge”, in North America and even in Europe, does not have much interaction with the media. The assumption everywhere is that a judge must not speak about his or her own cases while they are in progress and that there must also be no ex parte communications (including no Soviet style meetings of judges with members of the public). In Europe it is the designated “press judges” who have responsibility for interacting with journalists and explaining decisions given by other judges. In North America the communications advisor does this. However, technology has created new challenges. Many judges enjoy using social media and have their own accounts on Twitter and Facebook. The question of the appropriate (and inappropriate) use of social media by judges and court staff in Canada was the subject of a discussion paper from the Canadian Centre for Court Technology in 2015.

- What, in your opinion, prevents Ukrainian courts and the judiciary in general from increasing the level of public credibility?

Clearly, the predominance of negative coverage of courts in the media represents one obstacle to increasing public trust in the courts and judges, and the courts need good communications policies and sufficient financial support for their implementation (including provision of staff and released time for press judges). Measures of this kind would at a minimum bring public trust in courts of Ukraine back to normal levels for a relatively new democracy. One should note that the levels of trust in courts within southern Europe (e.g. Spain and Italy in recent decades) have varied between 15 and 25%; higher levels are found only in more northern countries. To a considerable degree, the ratings in Mediterranean countries reflect public skepticism about government overall and not just the courts. But in Ukraine since Euromaidan, there has been an additional problem, and that is the tendency of government officials (from the other branches of power) to criticize judges and make them into scapegoats for broader defects in governance, such as corruption.

- What are the prospects for the successful implementation of the judicial reform in Ukraine?

Ukraine has been pursuing judicial reform for decades, and not without positive results. The handling of cases that have no political coloration and are of no interest to powerful players is usually efficient and fair. But when cases fall into these particular categories, judges are often forced to succumb to pressures to deliver what is expected. Then, there is the related problem of excessive dependence of judges on what a higher court is likely to decide, reflected in the use of rate of reversal (stabil’nost prigovorov) in the assessment of performance.

The current emphasis on a renewal of the judicial corps could have the desired effect of improving the impartiality of judges, but only if there are also two other changes—first, powerful persons, in government and business alike, must truly want independent courts and cease attempts to influence outcomes of cases; and second, the incentives guiding the new judges must encourage them to resist pressures and act on their own. This would require an end to the system of quantitative evaluation of judges’ performance and the use instead of skills-based metrics, as is the norm in Germany. All of these things happened in Estonia, which is in my view the one post-Soviet country that has accomplished a successful judicial reform.