Michael MacDonald, Chief Justice of Nova Scotia, told Yurydychna Gazeta about Canadian experience of court interaction with the media, and gave his view on challenges of modern judge 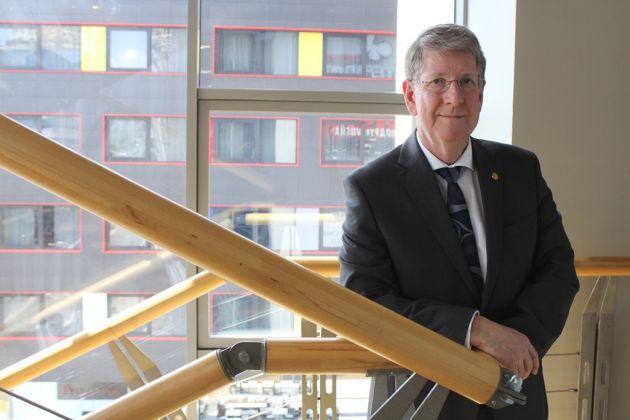 – Communication is a two-way process of interaction and mutual understanding. What, in your opinion, is the main condition for building efficient communication of judges with mass media?

I think the first step is recognizing that journalists and judges have a lot in common and that we both rely on each other to do our jobs effectively. We, as judges, rely on the media for fair, unbiased, balanced and accurate reporting of our trials and our decisions. Since so few people attend our hearings, we need the media to help maintain public confidence in our institution. In turn, the judiciary must recognize that for journalists to do their jobs well, they need access to the Courts and, where appropriate, access to judges.

– And what is the main condition for efficient communication of mass media with judges? What practical recommendations would you give to both parties of this communication process?

I think building a trusted relationship with media will enable more efficient communication. To do that, whenever possible, there should be a designated person or people at the courthouse to handle media relations. That person can work with the judges when there are requests for interviews or other information. It is also useful to have a forum for journalists to bring their issues when they have trouble accessing information. In Nova Scotia, that forum is the Media Liaison Committee, made up of representatives from the media and the judiciary. That group also led the development of publicly available guidelines for media access.

– From your experience, what principles of communication between mass media and courts can be regarded as key and the most important ones?

With fewer journalists covering the Courts, and more demands on those that do, communication with the media needs to be timely, accurate and easy to understand. In Canada, court officials have a responsibility to assist the media in obtaining access to the court cases and documents to which they are entitled by law. This enables accurate reporting of court proceedings. Judges also play an important role. While ensuring openness, judges have a responsibility to protect the integrity of the judicial process. As such, they have common law and statutory authority to set the appropriate balance between the right to a fair trial and the right of freedom of the press. 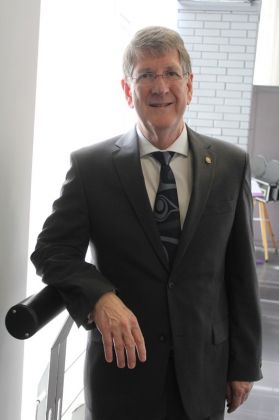 – What steps has Ukraine already made to renew trust of citizens to courts? Are they sufficient? What else should be done to raise trust to a higher level?

As a Canadian judge, I can only tell you what has worked for us in Canada. I understand our earlier visits to Ukraine have encouraged judges and court staff in Odessa and Ivano-Frankivsk to set up modified versions of the media liaison and joint communications committees that we use at home in Nova Scotia. I think that is wonderful, and I would encourage you to keep reviewing practices from all over the world to come up with the approach that works best in your country.

– How would you evaluate judicial reform in Ukraine? When would it be possible to state that the reform is complete and routine working days have begun?

Again, it would not be appropriate for me critique another country’s legal system or its reforms. All I would say is that no system is perfect – there will always be issues that arise and new challenges to address, no matter where you are, particularly with advancements in technology and the rise of social media. The key, I think, is to keep the lines of communication open, not just with the media but the Bar, civil society and other organizations involved with the legal system.

– Is communication between courts and society needed? Is it possible only in the circumstances when society has high level of trust to courts?

Absolutely. We know now that many people will never set foot in a courtroom, unless they are directly involved with a legal matter. By then it is often too late. The reality is most citizens learn about the legal system primarily through movies, television and news coverage of court proceedings. If that coverage is inaccurate, unfair or sensationalized, it can negatively affect public confidence in the Courts and the judiciary. Citizens need to see that the courts and the justice system operate openly and fairly for everyone – that will take time, and a willingness to work with journalists.

– Efficient communication in the eyes of the judicial system – how can be efficiency measured?

Fair and accurate news coverage of the Courts is one indication that your communications strategy is working. Evaluation of public commentary on social media and other public forums is another way to determine whether your messages are effective in helping to educate the public. Finally, compare how often your Court was hearing concerns from journalists about access to information – if there are fewer complaints, that may be a sign that the new practices are working.

– Did you encounter biased attitude and stereotypes towards judges in your career? What is the ground for such stereotypes? How they can be overcome?

I have not personally experienced such stereotypes, but I recognize the public sometimes views judges as being disconnected from the society in which they judge. That is the reason the Nova Scotia judiciary has started meeting with members of marginalized communities. We all carry with us lived experiences that shape who we are and what we believe, and those experiences help guide the decisions we make. But I believe it is important that we also take time to better understand the world view of those who turn to us for relief, particularly when those individuals come from a background different than our own. Such engagement allows us to learn how to be better judges, but it also creates another opportunity for the public to learn about the judiciary.

– Modern judge – what is he/she like? What does society expect from a judge? What are the requirements of the judge to him/herself?

To be an effective judge today, you need to be fair, compassionate and willing to go outside your comfort zone to understand the world view of those who appear before you. As well, I think an effective judge needs to be able to communicate in a way that lay people will understand, whether that is through their decisions or in speaking with the media.

And finally, what impact does development of the society, including social and technological, have on the communication process?

The potential impact is significant. Like most institutions, both the media and the judiciary are undergoing profound change and enduring huge challenges with the rapid rise of social media. Suddenly our institutions that, on their surface, appear very powerful, are faced with a heightened sense of fragility. In Canada, many Courts have experimented with communicating through websites and social media, but we are still determining how to do that most effectively. The approach will be different in every jurisdiction, including Ukraine, and will be based largely on what resources are dedicated to communication with the media and the public.