International law and arbitration in particular are a calling, not a job

Sabine Conrad «McDermott Will and Emery, МЮК» partner of the Frankfurt office

Within the "Ukrainian Women In Law" analysis "Yurydychna Gazeta" found out the secrets of success from the best representatives of the Ukrainian legal business. Now it is the time to expand the horizons, that's why we launch a series of interviews with female partners of foreign law firms. We interviewed partner of the Frankfurt office of the international law firm McDermott Will and Emery Sabine Conrad.
She focuses her practice on international dispute resolution, with an emphasis on commercial international arbitration and public international law. Sabine has always sought to engage in the law on a global level and today she is one of the best lawyers in this area. 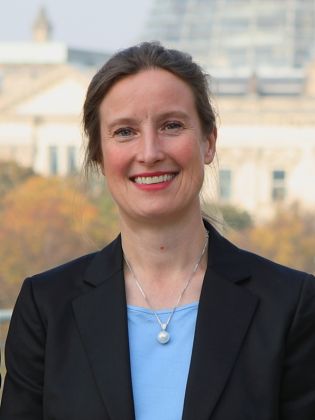 Sabine, you are one of the most successful women in arbitration. What is the secret of your success?

I am good and I like what I am doing.

Why did you choose this area?

I studied law because where I come from all the great diplomats were lawyers. I wanted to be international, work on different continents, in different languages. I always found the national practice of law boring and parochial. And I said so when I was a first year arbitration associate at lunch with other corporate associates. I did not think I was saying anything offensive or even noteworthy. I had completely forgotten about that lunch. But recently, almost 20 years later, a friend told me that my throw-away remark had made rounds in the firm and was remembered even ten years later. Except now, they did not think anymore that I was a precocious nerd.

Joking aside, I truly believe in international arbitration, both commercial and treaty arbitration. It is a unique way of settling disputes and despite all its flaws, it is the best method we have.

Tell us about the most interesting case from your practice.

This is like asking a parent to pick a favorite child. Every case is the most interesting case in your practice. If it is not, work even harder to make sure the client is getting the best advice and service.

But what I can tell you is about the finest moments: you stand in front of a tribunal, there is an army of lawyers on the other side, outside a legal process the other party would be able crush your party. But here in the arbitration, only arguments and facts count, and your advocacy, and you are winning. Those are the moments that we live for.

Today the technologies develop incredibly fast. How it affects the arbitration?

When it comes to technology, we need to differentiate between form and content.

Technology does changes the pace of cases. Communication has become much faster. When I started, some letters were still sent by fax and a turnaround time of one or even two days for answering a client was still deemed acceptable. Today, not anymore.

Technology also changes the amount of information that is available. Both in terms of research and in terms of evidence. For research, this is scientist’s paradise – documents and books from all four corners of the world available at a click of a button. For evidence, it can be both a blessing and a curse: a large part of communication today is in writing and hence in most cases perpetuated. Emails, text messages, chats etc. replace a phone call or a physical meeting. This means that in case of a dispute, the messages can and will be used. And the larger the amount of data, the larger the cost even when cutting edge software is used to sift through the large amounts of data.

What technology does not change is the decision making in complicated cases. AI may be faster than finding a standard confidentiality clause in a heep of contracts, but adjudicating a factually and legally complicated case? Cross-examining a witness, or assessing the credibility of a witness?

As arbitrator I rather have counsel plead before me that are made of flesh and blood even with all those human weaknesses that this entails. Conversely, if I am advocate, or party, I much prefer a human than a computer to adjudicate my case.

Does gender affects success in legal business, especially in arbitration?

If you look at the most successful players (past and present) in international arbitration, their common feature was that they were internationally curious and open minded, more than their peers in other legal areas. This holds true even when you go back one hundred years or more. Think of those visionaries militating for a Permanent Court of Arbitration to solve international disputes peacefully, on a level playing field where the cases of states would be heard on their merits, irrespective of their relative power or wealth. A revolutionary idea at the time in 1899, and sadly still and again now. One of those visionaries was a woman: Bertha von Suttner. She was not even a lawyer.

People of that mindset have no issue with diversity of nationality or gender or even age. What counts in that community is the quality of the person, his or her intellectual ability, independence, ethics and experience. – And in line with that I have never experienced any discrimination from members of that truly international arbitration community.

Outside of that community, things are different.

Does the gender issue exist in the modern legal business? What is the difference between a man and a woman in terms of approaches to work?

In my mind, there is no difference between man or woman, but one from person to person.

However, that does not mean that the outside does not perceive you differently. Not only men, but also women will treat a woman differently than they would treat a man.

There is still a glass ceiling. It does not mean that it cannot be crashed, but breaking means that you will have to smash against it again and again and again before it gives way. And in that process you will get hurt.

Is that how things should be, no.

Working as a partner takes a lot of time and energy. How do you keep a work-life balance?

International law and arbitration in particular are a calling, not a job. You need to burn with passion for what you do. There is no balance but you are following your passion.

What passion do you have except law?

I love gardening, including the hard physical work that comes with it. – Maybe digging out rocks and boulders to create a hole for an apple tree is a variation of breaking glass ceilings, or winning an arbitration case. It is painful but bears fruit.

Which arbitrators are a role model for you? Who do you admire?

I cannot answer that. If I did I would never be able to appoint that person. There would be a challenge on the basis of this interview.

What tips can you give to those who are just starting their way in the legal business?