In recent years there have been significant changes in most areas of law in our country, and the competition law is not an exception. So, how such changes can impact professional life of competition lawyers? What shall we expect in the near future? We decided to discuss this with a recognized expert in this field – Mr. Oleksandr Voznyuk, partner at Asters law firm 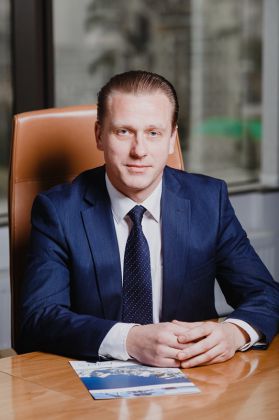 - Oleksandr, what legislative changes have been made over the last couple of years? How do you evaluate them? How businesses and the competition law practice benefitted from these changes? What do you think should be improved further in the short term perspective?

- In fact, there weren't so many legislative changes. Though, they were significant and covered the most urgent and obvious problematic aspects, which have long been criticized. This was especially true for the old merger control regime that was obsolete in many respects. Foreign-to-foreign transactions were often caught by the pre-closing clearance requirement, although they clearly could not have any effect on competition in Ukraine. Simplified merger review procedure was introduced, as the process was often disproportionately long and burdensome for the applicants. In general, the changes fixed these problems. Perhaps, it is the greatest progress achieved in the area recently.

The second block of changes aimed to ensure free access to the AMC's decisions. Now the law obliges the authority to publish its decisions, as well as prompts it to look for balance between protection of confidential information submitted by the applicants and the need to disclose details which are necessary to make AMC's approach to substantive assessment clear enough. These changes are no less important because they both improved transparency of the AMC policy in the public eye and served as a starting point in solving the general problem of unpredictable enforcement in the area. Legal uncertainty is quite a pressing issue, as it is very difficult to do business in an environment where businesses should follow competition rules which are not clear for them, when they do not know where is the borderline between acceptable practices and harmful conduct which can trigger fines. This means high business risks and transaction costs; and this creates an unattractive investment profile for the region and slows down its economic development. However, the problem is complex and publication of the AMC decisions does not solve it completely. Further systematic changes are still required.

The competition law bases on complex economic categories, concepts and interactions between economic phenomena and processes, which are not easily to assess in order for the law to be applied correctly. Therefore, in practice, the line between permissible and prohibited behavior largely depends on the assessment and interpretations made by the law enforcers. Whether the assessment is correct and accurate will then depend on many factors, in particular, the level of expertise, legal culture, liberalism, respect for the rule of law in a society etc. Thus, it's not all about public availability of AMC's decisions. It is even more important how the law is actually enforced. Enforcement conditions determine whether the AMC's decisions may be a comprehensive and useful tool to make its approaches easy to understand, as well as whether such approaches can meet true objectives of the law in order to allow business to assess legal risks and to operate steadily. Changes to substantive competition rules will not solve these problems if the legal system does not provide for their effective, transparent and predictable enforcement. Currently, I see no urgent need to change substantive rules. First of all, enforcement shall improve. Otherwise, the law and practice will still remain parallel worlds. Such changes should particularly concern the procedures applicable to formation and organization of the AMC as an administrative quasi-judicial authority to ensure its political and governmental independence, implement due process principles within review and decision-making procedures, as well as improve judicial review. The magnitude of these changes may scare, but we can not deny that they are necessary.

- What are the trends in providing legal services in antitrust practice and how they can be improved?

- Application of competition laws has been the AMC's monologue for quite a long time. Now the situation is changing, and the AMC becomes more and more open for the dialogue with the businesses searching for the truth. This causes great influence on the development of the competition law practice, because such dialogue should be conducted in a professional language. As I already said, competition law is quite specific and comprises of a huge array of enforcement practices and relevant economic knowledge. In most cases, the law does not help finding clear answers of whether certain actions are permissible or not. The law says that it depends on many circumstances, because legitimacy of such actions depends on how they can change the nature of existing competition on a given market. Therefore, even simple competition law issues require profound legal and economic analysis in each case. And this can take plenty of time and human resources. For this reason, competition law practice does not tolerate secondary attitude and to some extent it is objectively a niche specialization. I do not intend saying that specialization in other areas of law is not necessary. I am only emphasizing that to provide legal services on competition law aspects without such specialization is at all impossible. Clients understand this. That is why specialization of competition lawyers will develop further.

The practice is generally expanding, covering more and more issues. First of all, it concerns the provision of legal assistance to companies which become targets or potential targets in AMC's investigations. Several years ago, companies mainly tried to defend themselves in courts on their own. Now, there is higher demand for professional legal services. At the same time, companies' interest in competition compliance increases. This trend concerns Ukrainian companies first of all. Though, international groups that already have relevant global compliance policies in place are also interested in these services. They aim to adjust such policies to the requirements and practical approaches of Ukrainian competition regime in order to avoid practices which are questionable in the eyes of the AMC (the approaches are becoming clearer after the authority started publishing its decisions). Primarily, this covers discounting policies, provision of marketing services, as well as exchange of information with clients and marketing agencies, etc. Also, vertical restraints deserve particular attention in my opinion. Although the rules exempting certain vertical arrangements are in place for a long time already, these matters have not been among AMC's enforcement priorities till recently. However, according to the EU-Ukraine Association Agreement, already this year the AMC has to implement the rules on the assessment of permissible and prohibited vertical restraints. It means that such risky practices as setting, or otherwise causing influence on, reselling prices or other terms of resale, exclusive and selective distribution, as well as other vertical arrangements will catch attention of the Sleepless Eye of antitrust Sauron. Related e-commerce issues are also likely to appear on the radar.

Besides that, we see development of the competition law practice in a new ambitious area – state aid. The reality is that different types of state aid, e.g., tax and other incentives for enterprises, preferences or other "special" business conditions are widespread, in particular at the local level. However, beginning from 2 August 2017, such practices may automatically be considered illegal, unless they meet certain criteria or have been approved by the AMC. For businesses, this will mean that illegal aid would need to be assessed and returned to the budget along with interest. This area of law practice is extremely promising.

- What are the developments in judicial practice and how they influence law enforcement practice?

- In the recent years, the court decisions in the AMC case against retailers are the most significant ones. Without going into much detail, I would emphasize that these decisions have formed a strong basis for the assessment of information exchanges between market participants with reference to such concepts as anticompetitive practices "by object" or "by effect" that correspond to respective practice of the EU Court of Justice and the European Commission. In general, judicial practice should play a greater role in improvement of the competition authority's enforcement methodology and accuracy, as well as in interpretation of substantive rules. It does not mean that courts should create law. The law exists, and courts only examine whether it is applied correctly according to the letter of the law, its spirit, goals and ideas. However, a huge number of cases reviewed by commercial courts on a daily basis is an objective reason why they often do not have the necessary time to dive into the depths of economic theory and the nature of relationships that are in dispute. Unfortunately, this contributes to rather low quality of judicial review of AMC's decisions, which in turn weakens incentives for the latter to apply clear and comprehensible approach in the enforcement of competition rules and decreases transparency and legal certainty. For this reason the establishment of a specialized competition law court is discussed now and then.

- What would be your advice to business?

- First of all, do not ignore competition compliance policies; they are necessary and beneficial for you. A well known proverb saying: “A peasant needs thunder to cross himself and wonder” perfectly reflects usual attitude to competition compliance . It is too late to cross when a thunder strikes, but rather it would be the time to collect money to pay a fine. Ignoring potential violations may result in very expensive consequences for the companies. Fines in this area are amongst highest, while fining policies are intentionally designed in a way to negate any benefits that can be derived from a violation. Further, it is quite easy to commit a violation accidentally; sales managers often choose most simple and least burdensome ways to increase or maintain turnaround, sales or to retain customers. That is why sales strategies often come in conflict with the competition rules. What is good for the sales is not always generally good for the companies and their owners. Even basic understanding of competition rules by the employees would allow preventing the most serious violations and heavy fines. Moreover, in the long run, even inadvertent incompliance with the competition rules may result in weakening company's position in competition. Therefore, implementation of compliance programs aims both at preventing violations and fostering the employees to seek for safer and more effective pro-competitive business solutions and strategies.

Second, even if your company has nevertheless become target for the AMC investigation, do not forget that while many circumstances may have characteristics of a violation, not all of them actually are such. Competition laws require analysis of objective economic phenomena and processes. Thus, assessment of the effect on competition caused by company's actions should be based on correct definition, description and substantiation of a violation rather than on some theoretical considerations. Typically, the road to comprehensive understanding is complex and lengthy, and people tend to choose the path of least resistance, especially when complexity of such understanding is compensated by an opportunity to recognize its sufficiency at any time. That is why you should not give up on protecting your interests if you know that suspicions are false. It's much worse when a refusal to protect one's rights leads to a precedent, an established practice which can permanently and unduly restrict freedoms of other market participants. An active position of a company does not mean confrontation; rather, it means a search for truth. And it is important for the businesses and for the AMC as well; the authority is now ready and able to both listen to arguments and actually comprehend them. Now, the authority understands that there is no honor in being above the law, but there is honor in putting the law above its own ambitions.